Building a community of happy millennials, The Belief Club sets on a campaign to rectify millennials’ marital life

Building a community of happy millennials, The Belief Club sets on a campaign to rectify millennials’ marital life

19:05 2021
Share it With Friends
The Belief Club is all about helping the millennials in maintaining their marriages with the love of their lives. The campaign by The Belief Club, 4marriedmillenials, will give proper workshops and education to take them from a shaky to a solid marriage. 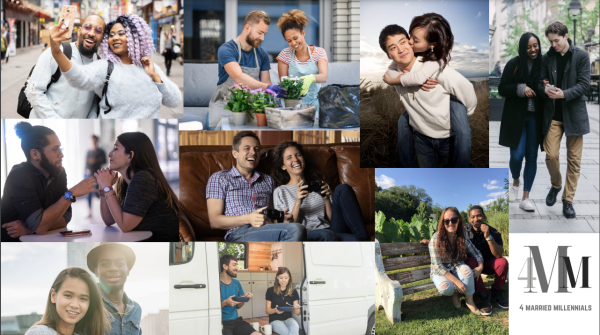 USA – Andre Thompson, along with his wife, Rose Thompson, is on a mission to help the millennials of today. The core aim of The Belief Club is to end the struggles of married millennials and help them reclaim the marriage that they love. With an increasing number of millennials getting married and struggling in their marriages, The Belief Club has taken the role of a mentor and guide. The campaign, 4marriedmillenials will give important life and marriage lessons, which will help them in achieving and sustaining a happy marriage. The Belief Club has an active community on social media including Facebook and Instagram.

This campaign, arranged by The Belief Club, is going to span around 24 months. During this campaign, The Belief Club will conduct a number of workshops, seminars, educational events, one-on-one counseling sessions, and more insightful events. The Belief Club is also going to create and publish several books, journals, and even magazines in the near future. These materials will help the millennials in bridging the gap from their current position to the marriage that they love.

About The Belief Club:

Fiberglass Market is expected to USD 44.73 billion by 2029 Provides In-Depth Detailed Analysis of the Industry, With Current Trends, Growth for Forecast Period (2022-2029)